Something Deep and Touching.

"My story will make your heart flutter. But if by chance it doesn't: burn it, throw it away, never again let it see the light of day."

Those are powerful words. Maybe not to just anyone, but to a writer they are. Could you ever say something like that about what you've written? "If it doesn't move you, please destroy my only copy." That takes a lot of guts. Or is it confidence? Arrogance? What would it take to write a story that would be so compelling that you could be sure it would make someone feel? There are good reads and then there are stories that can change your life. I don't think I've written one of those yet. By far, the best story I've ever written would have to be "Intuition" - I don't think there's any contesting that. I've heard nothing but good things from the people who read it, but powerful? Maybe. Not to all, but perhaps to some. I don't have a whole lot of dedicated readers of this blog, all things considered, and even of the ones I do have I don't believe many got the chance to read that short story while I had it posted. I know it had a very big impact on me, but then again I wrote it.
So what does it take to write a story that can touch the hearts of your readers? Is there some universal recipe for a great tale? I don't think so. As people we tend to get tired of repeat patterns, so that in itself nixes that idea. Does something need to be innovative to be touching? I don't think that's the case either. Some touching stories revolve around previous ideas and notions... so what is it about them that makes them stand out from the endless sea of stories out there?
These are questions that I didn't really ask myself when I first began to write. I think I've recognized part of the answer but it isn't really something that I can describe. Sounds horrible doesn't it? The best way I could put it is that your best shot of creating a touching story is to feel it when you're writing it. Allow it to take over and just seize the muse as she whispers into your ear. Listen to her soft, angelic voice, allow her sharpened nails rend the flesh of your heart and bleed a little into the words you write. Yeah, I know. That sounds retarded. But I suppose it also sounds a little magical. Regardless, do you know what's important? It isn't the answer. We'll each have our own opinion of how to create touching prose or poetry, but the thing that makes us stand out from the crowd is the simple fact that we've asked the question. When you care about your audience you're already one step ahead. When you put yourself in the shoes of the reader and ask yourself how you feel about what you've written you transcend the author and become the reader. If you can maintain a balance of these two roles while you craft your magic, you stand a much better chance of writing something that will leave a lasting impact on your reader.
Isn't that at least part of what we want as authors? 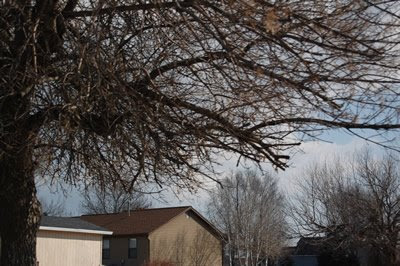 I don't think we can control or predict another person's reaction to our writing. All readers come with their own personal baggage that filters their perspectives on what they're reading.

I think the only reliable method is to stay true to yourself and write stories that move you as the author. Then, maybe, throw it out for critique and reader feedback and see what happens. Tweak as necessary, but stay true to your voice and vision.

I read through your previous post about "Intuition" and wish I could have read the story. The original meme that sparked the idea (a shower curtain meme) makes it sound all the more intriguing.

P.S. The word verification is avjwlbla :)

Absolutely not, I agree, there is no way to control how our readers feel or their reactions.
I'm not talking about writing something for other people, no that's very dangerous stuff there. My point today was about wanting to create something with the power to change lives. You see, if you've truly written something for yourself then it wouldn't be a big deal at all to throw it away if it wasn't moving for others. You'd already written it, seen it in print. What else is there?
Notable works of art change the way people think about things. Sometimes they come before their time and are misunderstood or taken for granted.
What we have now is a pop culture of book writers. Everyone has something to say, but how many people have something worthwhile to say?
I honestly do believe that writers who place themselves into the shoes of their audience and ask the tough questions are a step ahead of most.

Believe it or not, I'm actually excited to post "Intuition" back up on my blog. When September rolls around you might just see it on the top post.