I started this post and then promptly deleted what I had written after about three paragraphs. It's been a rough week for writing. Ever feel like all the thoughts coming out of your head are soggy? Yeah, that's been the last few days for me. Mix that feeling with a desire to write and you've got yourself a fine pile of false starts.
To combat this boggled state of affairs, I have opted to continue my efforts on paper, to be later transcribed to text. The only downfall to this method is the illusion that you've written significantly more than you really have, or at least for me anyway. I have already breached the half-page milestone, but the little old man carving wood on a rocker in the back of my mind is clamoring on about how small an accomplishment that will be when it shows up on those new-fangled video screens.
"Machines will take over the world," he mutters.
I smile back at him and reply, "Not if they run on gasoline."

This brings me to the topic of my short story I have in progress. It's called "Chlorophyllium 9,"
Now, I wouldn't normally go into much detail about a work-in-progress, but since I've had such a hard time writing this past week, I figured I would break the block by writing about something I'm very excited about.
It used to be, when I first started writing, that I could sit down and write a story with no end goal in mind. What resulted was often a flowery, whimsical story that took you somewhere , but for no good reason. There is nothing wrong with this approach, I have merely found that, without direction or purpose my writing did not improve drastically and there wasn't a lot of room for growth. Not for me at that stage.
The most growth I've seen lately is when I focus my fiction by having an end goal in sight and trying to rise to the occasion. With that in mind, my goal for this story is to submit it for publication in a Science Fiction periodical I subscribed to this last winter. If I do a decent job getting it from my mind to paper without losing too much in translation, I feel like I've got a good shot at publication.
So what's the story about? Well, I went ahead and wrote out a good synopsis with this post. About halfway through, my mind started to wander but I persevered. I forced myself to build the back-story that I hadn't completely thought through. In the end I had a post that was much longer than I had originally anticipated. I also decided that to release that much of the story before it is written is asking for someone to come and snatch it up for their own. I know that none of my frequent commentators would do anything like that, but it is better to be safe than whatever else may come.
To make it up to you, though, I have decided that the Bebo Author Short Story Competition is no longer worth waiting for. The version of the story I submitted included some errors that slipped by me and I am not proud of the editing mistakes that I failed on. I have since had the story critiqued by the writing group I joined recently and I will be making the corrections I need to make and I will allow you all to read it. I have decided that once the corrections have been made and I have displayed it on my blog for a few days I will submit it elsewhere. I already have some place in mind.
I know that some of the judges for that contest hit my blog from time to time as fellow members of the Entrecard community, so I would like to say that I mean no disrespect by this plan of action. I know that you received far more entries than you expected and the result bogged down your schedules and killed the reason I entered in the competition in the first place. It was my intention to write a story that would showcase my writing ability in order to promote my blog. Since then I have grown slightly older and hopefully a bit wiser and I realize the error in my logic at that time.
I would like to finally be able to share my story with the people I wrote it for before submitting it somewhere in hope of obtaining recognition for my writing ability, and not necessarily for the promotion of my blog.
I will re-edit my story and post it here on my blog by the end of the weekend. I will also officially take myself out of the running for the Bebo Author Short Story Competition. I may not be able to share my new short story with you until after I hear back from the editors, but I will give you the synopsis at the very least. I promise, you will not be disappointed, that is, if you enjoy my competition entry you should love the one I'm working on. 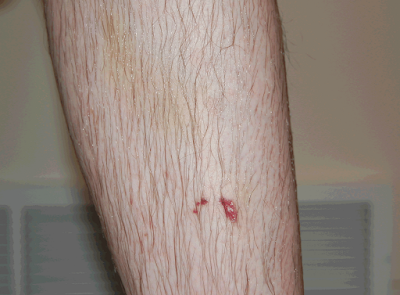 Good luck with the writing. I'm looking forward to the overview.

Hope you are thinking now to write to promote yourself and not your blog. The blog is an extension of yourself, a showcase for your skills and creativeness. But it is background to your writing and yourself.

I *love* sci-fi so I'm looking forward to reading that!