Embarrassment, even the word is embarrassing to some people. Dissected, it comes from the Greek word meaning bare ass mention, which roughly translates into that time you went skinny dipping and your annoying friend couldn't help but mention it to people you would rather not have enlightened with such information.

My embarrassing story takes place when I was around 16 or 17 years old.

I was at a church camp-out up in the mountains with a bunch of friends. One particularly uneventful afternoon we decided to hop on the bikes and ride up towards Causey Reservoir. It was a couple of miles away and the mountain road was calm and quiet. We must have peddled our way about two or three miles before we stopped at a point one of the other guys was familiar with. We hopped off the bikes and walked them down the trail and into the bushes.

As the foliage parted before us, we saw the magnificent contraption, our mouths open with wonder and delight. It was beautiful. The metallic cord stretched across the expanse above the river coming out of the reservoir, and hanging on the cord was a metal cart. To a teenager, something like this could only mean one thing, ADVENTURE!

Two at a time we crossed above the river, one pulling the cable and rolling their way back across the gap to pick up another person, leaving one on the other side. We did this until we were all sitting on the other side of the river, enjoying the view and reveling in our adventure. That's when we discovered we were in a spot of trouble. The last person to cross on the cart had let go upon reaching the other side. The metal cart had rolled back to the center of the cable, the weight of it forcing the wheels that ran on top of the metal rope to roll backwards. We were trapped.

Being the daring sort I volunteered to recover the wayward cart. I gripped the cable and swung out over the water. One hand after the other I made my way further into the grand expanse, the water raged beneath me, my friends urged me onward and advised I be careful. It was about the time that I yelled back, "I'm fine!" that I realized the grand mistake I had made. It was too late to change my course and I stared, wide eyed, as the horrible seconds ticked by and my fate was sealed.

As I had traveled further across the river my weight had slowly shifted the drag on the cable from the middle, where the metal cart was, to the new heavy object moving towards the center. As that weight balance had moved to where the cable was loosest, I became the new low point. When that happened the cart had no choice but to roll down the slope of the cable as it had when someone had let go of it on the other side of the river. The edge of it slammed into my chest and nearly knocked the wind out of me. Had I not had that second or two of warning I wouldn't have been able to tense up and brace for the blow.

A few things at that point entered my mind as I groped for possible solutions to my newfound dilemma. My first instinct was to let go and allow myself to fall into the river below. It was a sizable drop and the water was moving somewhat faster than I would have liked, I opted to think of another solution. The next thought to enter my mind was that I should let go of the cable and grab the edge of the cart and pull myself up. If I could do this without accidentally opting for option 1, I could pull myself back to the other side of the river and we would have the cart, mission more or less accomplished.

Uh, let go of the cable. LET GO OF THE CABLE!!! But I couldn't. The large metal wheels that rolled on top of the cable had rolled right on top of my hands. I had the entire weight of the cart resting on my fingers, the grooves of the wheels threatening to sever my digits for me, thus opting option 1, minus a few fingers.

I didn't answer. Instead, I pulled myself upward and leaned toward the cart, freeing one on my hands. Then I grabbed the edge of the cart and pushed it backward off my other hand and slipped downward. The cart teetered precariously and I discovered that lifting myself up wouldn't be an option. Still not liking option 1 I shouted, "I'm stuck, wade out into the water and grab my feet and pull me back!"

I was facing away from them but the silence behind me indicated they were all probably all looking at one another, sure that they weren't going to volunteer, fulling expecting someone else to jump up to bat.

"Fall into the river!"

"Fine! I'll do it!" Felicia shouted, more at them than me.

Felicia was the only girl in the group, and by far the shortest.

I asked, "Are you sure you can reach my feet?"

She slowly stepped into the water, careful to get good, solid grips with each step, lest one slimy stone send her down with the current. The water came to her belly button.

"Who will get the cart?" She asked. I couldn't refute the logic.

After a few minutes she reached out and grabbed my dangling feet and pulled me back towards the rocks where the rest of our friends were standing, watching. My fingers burned with pain and I struggled to hold onto the edge of the cart, half expecting to slip and fall into the water, taking Felicia with me as the current swept us away.

But we made it. We reached the other side.

"I'll go get the cart," one of the guys mocked.

"Shut up." I replied, rubbing my bruised fingers. 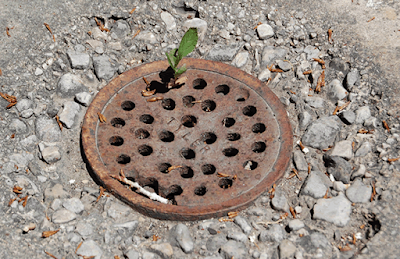 How was that embarrassing? I just hope your fingers were ok. Gave me an ick thinking about it.

It was embarrassing because there I was thinking I was a young Indiana Jones and then I had to have someone come and save me. ;)
I would think that would be a bit embarrassing for a lot of people, or maybe just guys who think they don't need much help.

You still sounded like a young Indiana Jones to me. None of the others were out there after all. I thought taking that risk was impressive.

It must be a guy thing to be embarrassed in that case. I'd just be glad to have my fingers still attached. :) I once shut the back hatch of the car on my husband's fingers. I had thought he was done loading groceries, he wasn't. I was so icked out I had to make myself focus on finding where the car keys had been put while we were in the store. He was ok, but did not laugh about it. I did, later. But I'm evil that way.

Laura reminds me of the irish guy who cut off all his fingers in an agricultural accident.

He went to the hospital, the doctor said,

"Did you bring the fingers?"

* * * *
I remember you mentioning this story when I fired that 'jumping off the post' one out.

I came out of mine much worse than you came out of yours. You're just a cool dude, dude, face up to it! :)