Someone stole my gas!

Someone stole my gas! And, no, I don't mean figuratively.Someone walked up my driveway and siphoned the gas out of my Jeep. They took half a tank's worth, sucked it bone dry...

What ever happened to not taking things that don't belong to you? I guess it would be one thing to have someone steal your gas in a parking lot. But to have it happen while your vehicle is parked at your own house, well... I don't know. It makes me angry. I guess it would have been a bit different if someone had an emergency and needed gas really bad in order to take someone to the hospital, in which case a note slid under the wiper blade would have been nice. Still... the audacity.

I suppose this means that as soon as the basement's finished I'll need to start parking in the garage.

It's unfortunate that my second blog post on the list of things to do had to bear such ill tidings. I discovered that the 2009 Writer's Market we picked up from the library wasn't going to be much help for finding a home for my short stories. So last night we went out and picked up a copy of Novel & Short Story Writer's Marker. I've only had a chance to browse through it but it looks like it may be better suited to my needs. It's a step in the right direction anyway.

I read the introduction and the first chapter of "The First Five Pages" last night. I bought this book when we discussed it in the writing group I was a part of. I say 'was' because it has since disbanded. I met some interesting people but I guess it just didn't work out. That's all right. It won't stop me from writing, that's for sure. And this book seems pretty decent, though in all honesty, reading about writing isn't exactly the same as writing.

I've also worked on my list of short stories. While staring at the page, scouring my mind for possible stories to add to the list, I remembered some ideas I had that somehow didn't make it into my idea book. A few weren't half bad, I suppose I'll have to be a little more diligent about writing those ideas down in the future. 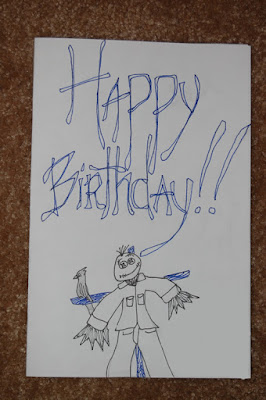 Happy Birthday to your mom. There were several titles to write about at helium last week. about 2o titles..i was able to write only to only 3 as I can't think of a plot..lol..but it was fun,...my 2 stories were able to make it at the upper 25 % ..I guess I'm not as talented as you are...But it is fun...and that is what counts. I enjoyed it.

And it's sad that people would go to the extent of stealing gas. It denotes unspeakable dishonesty.

Christ, Brady, write down 100 times - "I must not not write ideas in my ideas book the moment I get them." It's a law, the first law of being a real writer. Okay, you're young and you think your brain works but it's only a matter of time before your wife speaks to you, you turn to listen and it's gone. Pfffft!

And don't think I never do it. I had two good ideas about my novel a couple of nights ago - in the middle of the night - and didn't get out of bed to write them down and could only remember one in the morning. That's old age creeping up on you when being horizontal and warm is more important that writing.