Thoughts in a Thunderstorm.

It was a dark and stormy night... Okay, a bit of a joke for you writers out there, but it's true enough. Each flash of lightning and rumble of thunder only seems to propel me further with this mood of pensive wonderment. Pensive: thoughtful reflection. Sounds about right.

My Neurologist told me on Friday that something unusual showed up on my MRI and that they are going to want me to get another scan, but "with contrast." Of course, he reassured me that it should be nothing to worry about. The fact that he said it several times, but didn't seem interested in elaborating, was the most unnerving part. So, I guess we have a follow-up appointment early this week to get around to talking about what ever it is that he was trying to say. All I know is that something showed up towards the back of my noggin that made the folks in Radiology want to take a better look.

In a way, if nothing serious is going on, then it makes me feel a little like a side-show circus. I mean, I basically get to foot the bill (insurance co-pay anyway) to sate someone's curiosity? Maybe that was just his awkward way of trying to reassure me that they haven't found anything conclusive, but that they did find something that they hadn't expected that will require more in-depth imaging to determine whether it may or may not be an issue. I guess that's just the kind of guy I am, give it to me straight and let me deal with the emotional side of it in my own way.

I'll admit: it wasn't exactly what I expected. I imagined he'd just say that everything in the scan was fine and that a link between any sort of brain trauma or tumor and my migraines was inconclusive. Seemed to be the most likely outcome. And how do I expect this new development to pan out? I suppose I will end up doing the MRI with contrast dye and they will come back with some gee-wiz information that one of my brain sections is developed a little differently, or underdeveloped in some way, but that it's actually quite common and nothing to be overly concerned about.

As far as the nerve testing in my arms, it turns out I've got a bit of damage going on in my left hand, which seemed to surprise the Dr. quite a bit. He said the entire test was going fine until that point. Luckily, though, the test wasn't as bad as I expected. Minor shocks here and there, but nothing like what I had read online about it. I was under the impression I'd be jabbed with needles and then shocked. It turned out to be much tamer.

As far as writing goes, I've had some time, but I've made very little progress since my last post. I don't want to use it as a crutch, but the new medication they've got me on seems to be messing with my desire to do anything creative, or anything at all for that matter. I'm perfectly content to sit and listen to silence. I also have no desire to sleep. Each night it takes a conscious decision to lay down and coax slumber into my head. Even then, as if the time stamp on this post isn't enough proof, it's very late before I can succumb.

At any rate, the Doc says it can take a while to get used to a new medication and there are a few things your body needs to work out. I personally don't feel that way, I'd just as soon not take the damn stuff at all, if you catch my drift. But I'm trying to be good and help to find a solution to these problems, even if I'm quite sure the end answer will be that it can't be explained or just a long string of "let's try this medication instead," or "how about we up your dosage?"

I've also noticed that while in my brain I have typed out full words, reality sometimes disagrees with me. I've already caught about 12-15 of these mistakes in this post so far. That's a little weird when you start to think about it. I'm very sure I typed it out just fine, yet there it is. After long enough, things like that make you start to wonder if other things have been interpreted wrong as well. For some reason it also makes me think about my last short story I was working on. It's through preliminary draft stages and ready for final editing. Sheesh, has it been that way for around six months now?  It would probably be nice to get some closure there... I'll have to try harder to sit down and re-read it after all this time. Maybe it will give me a new perspective and help even out some of the rough spots.

These have just been some of my ramblings during a storm, which seems to have been quite short-lived. I hope I didn't get anyone feeling down. I'm really not writing any of this for any special attention. I just thought it would be nice to express what's been on my mind lately. Take it for what you will.

Until next time, I hope I can leave you with some sort of inspiration with the picture below (click on it if you'd like to see a larger version): 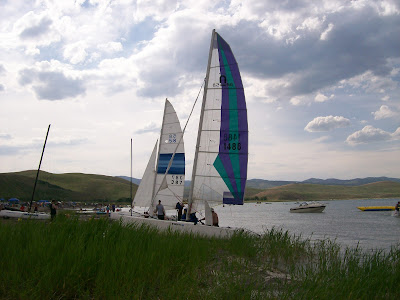 I’m a great believer in not worrying about something until you have something to worry about and even then as worrying doesn’t actually affect the outcome and only wastes valuable time if you can possibly avoid it then do. I’ve never had an MRI or anything fancy like that. I’ve had an ultrasound. I discovered a lump in my groin and had it checked out. By the time they did the scan – a week or two – whatever it was had gone and it’s never returned so I don’t worry. As I said, what would be the point? In fact most people would agree that worrying can make you sick or sicker so I wish someone would invent a cure for it.

When I was ill a few years back and drugged my articles were riddled with typos and, what my wife and I nicknamed, ‘brain farts’ which were different and more consistent that simple keyboard errors – there was a logic to the mistakes. The obvious ones were getting ‘there’ and ‘their’ mixed up, writing ‘b’ instead of ‘be’, mixing up plurals and possessives, missing out words, duplicating words and more. And no matter how many times I checked a ton still got through which is why Carrie started proofreading my blog and still does because, although I’m better, I still make more mistakes than I used to.

I fell ill when I was about your age – my second bout of depression – and I wrote nothing for three years. I think we need to draw a distinction between writer’s block and illness and subsequent drug retardation. I’m not sure I believe in the first one anyway. I think most of the time people suffer from a block they’re either trying to write the wrong thing or they’re still processing material and that is an ongoing process; it’s going on with you just now, storing up experiences for future use. Illness is another kettle of fish entirely. It’s your body playing its Joker and there are times you need to lie down and be ill because that’s all you’re fit for.

As for the picture, sorry, boats do nothing for me. I’ve only been out in a boat (as opposed to a ship) twice and both times I was terrified. I cans say the same for motorbikes but at least they look cool just standing there doing nothing.

Jim, I know exactly what you mean in regard to needing time to process information and experiences before writing. When I first started out, I would have instantly labeled that as hogwash. I know better now. It's interesting how much we grow over time without realizing it.

This last month has been particularly rough for me. The new drug they have me on has made me feel stupid, lost, and even more prone to panic attacks and anxiety. I make a lot of the mistakes you mentioned, mixing up similar words, skipping words entirely without realizing it, and getting lost mid-task. Just the other week I was driving somewhere to meet my wife and ended up somewhere else. I don't know why I drove there, and was pretty confused when I arrived. Then I had to explain why I was late. Embarrassing.

Altogether, though, I've felt worse. The lack of motivation bothers me, but something tells me that if I just grit my teeth and slog after it, the rest will fall in line eventually.

It sounds like you've found a good friend and partner in your wife and that makes me happy. I've seen less and less of that in recent years. Perhaps it's a trend, or just the company I keep. Either way, I'm happy for you. Tara and I have definitely had a rough patch of months this year, but we're working through it. Depression takes a heavy toll sometimes, as you know.

I'm so sorry you're going through a rough patch. Doctor's and their tests, you feel like a lab rat half the time though strangely enough I find it almost a relief if they do find something (as long as it's not serious) as you feel kind of justified like - ha! I told you there was something wrong with me and of course if they find something then they might be able to actually fix it! Doctor's have been trying to fix me for half my life and I've all but given up. (chronic depression and fatigue). I wouldn't worry about the tests - these days they have to cover their asses as everyone is a potential law suit and they're probably just covering all the bases. Best of luck though and I hope you feel better soon!